So it seems, no matter where I go, I always come back to Docker! Not that this is problematic in and of itself, as it just starts highlighting why it's necessary, or at the very least, the kind of work Docker Containers will do for you instead of the usual "what version of Java does this need? What other specific environment configs does this project need that I need to notate so I don't conflict with that project" - and yes, I'm aware some Uber developers out there do this like nothing - but it's not a skill I picked up, and Docker fills that void for me.

jBPM is a toolkit for building business applications to help automate business processes and decisions.

jBPM originates from BPM (Business Process Management) but it has evolved to enable users to pick their own path in business automation. It provides various capabilities that simplify and externalize business logic into reusable assets such as cases, processes, decision tables and more.

Why I cared at all about jBPM

A current task is getting jBPM - Business Process Management up and running on different people's machines. It seems OSX always likes to be difficult with it's Java settings - too new, and things won't work, and then you need to downgrade. But I hate going backwards, so fortunately, they have a Dockerized container!

That means - I don't care what version java you're running, we can get the whole shebang up-and-running with some command-line goodness.

Installation of the Tools

Some of this is copy/paste from the respective sites - this just condenses it into one space.

If you do not have these installed already, Homebrew will attempt to install them for you.

Alternatively, they can be downloaded from: developer.apple.com/downloads or the iTunes Store: Xcode

(below copied from the Homebrew site):

Paste that in a macOS Terminal or Linux shell prompt.

The script explains what it will do and then pauses before it does it.

You will probably need to close and reopen your terminal window.

(or some other more recent version)

When Docker is launched in this manner, a Docker whale icon appears in the status menu. Example:

As soon as the whale icon appears, the symbolic links for docker, docker-compose, docker-credential-osxkeychain and docker-machine are created in /usr/local/bin. 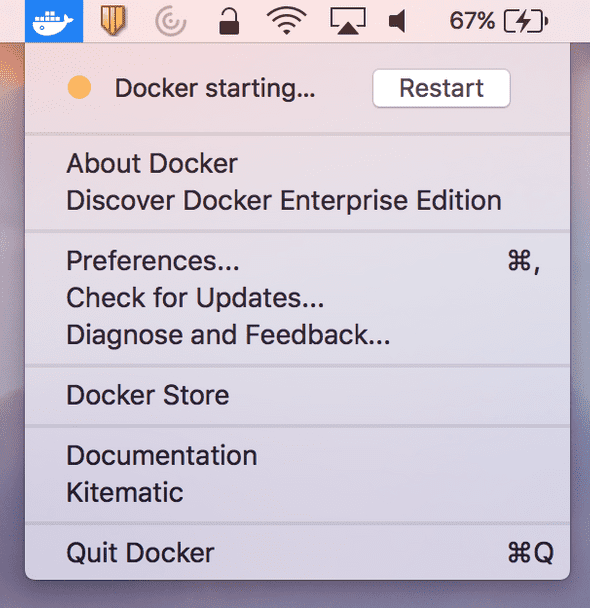 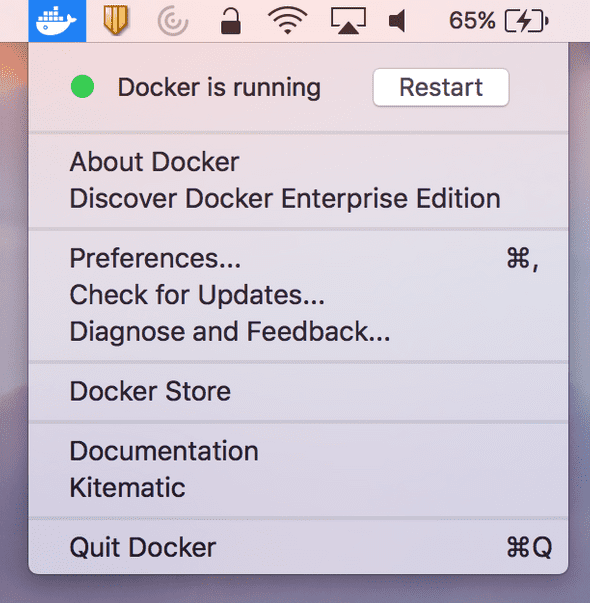 of course, your versions may differ

If you are going to use docker-machine to create virtual machines, install VirtualBox.

Note that if VirtualBox is not installed, then docker-machine fails with the following error.

(below copied from the jBPM site):

Once container and web applications started, you can navigate to it and login using the username wbadmin and password wbadmin or any of the users available in the Business Central listed in the section below.

That’s all that is needed to get fully configured and running jBPM distribution that includes:

Everything configured to work together smoothly and you can access them at following locations: